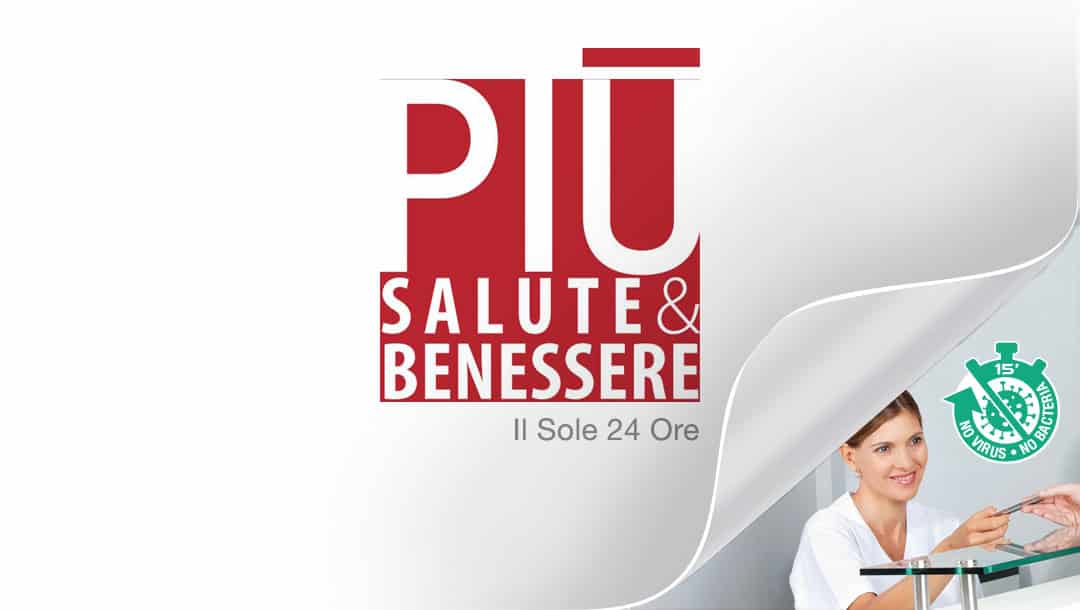 The mission of APA’s self-sanitising film is to improve hygiene in the busiest places.

Viruses and bacteria can develop and also remain on surfaces, especially in the busiest places, when many people share the same space. On public transport, hotel reception, in medical centres, check-in and reservations, shopping trolleys, interactive touch screens or in a fast-food restaurant, school desks and vending machines. Even if it is not possible to eliminate its presence, one can do the maximum to reduce pathogens as much as possible and increase the level of hygiene and safety, to protect everyone and especially the vulnerable.

An aid is provided by the self-sanitising film by APA Spa, capable of reducing viral activity up to 96% after 15 minutes, and by 99.9% for bacterial activity, it is also tested against Sars-Cov-2 according to the regulations ISO 21702 and ISO 22196. “The self-sanitising film is completely designed and manufactured in Italy, in the APA laboratories – says Marco Corazza, General Manager – Our core business is the production of self-adhesive films for the graphic advertising sector and for decorative applications in different areas, from automotive to furniture, so the technology was already in our possession. The material has a rather long life, is resistant and cleanable without special precautions and allows to significantly improve healthiness even on surfaces handled by many people, quickly and easily “.

The film has only been available for a few months, because APA was only recently able to obtain the guarantee that sanitation would take place quickly, within 15 minutes. Companies in the sector or professional applicators can purchase it directly from APA or, in the case of countries such as Australia, New Zealand and Hong Kong makes use of local distributors. The application of the film not only allows time saving and the need of detergent use, but also to secure surfaces for which continuous sanitation would be complicated, such as the handles on public transport or in very busy spaces such as large trade fairs.

One more card to play to fight viruses and bacteria. 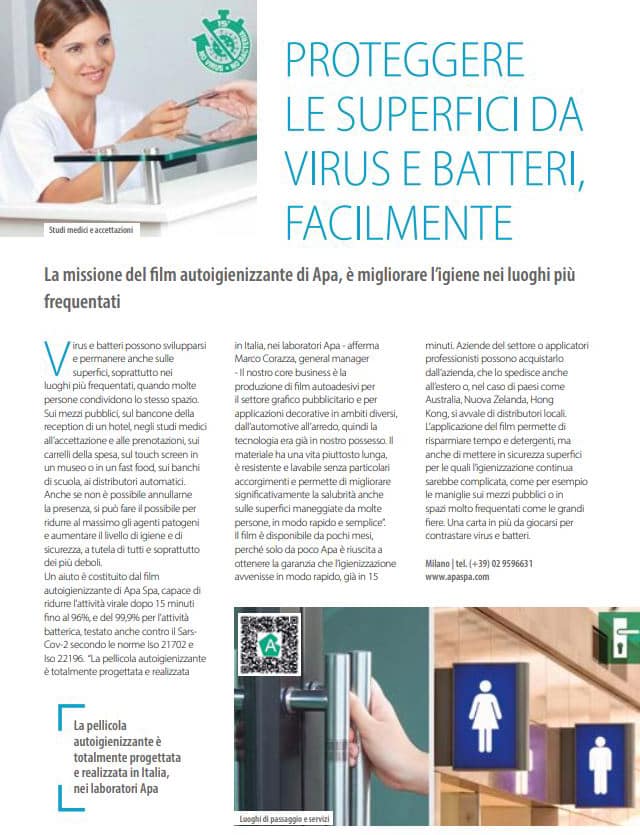